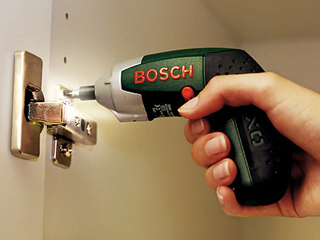 A battery screwdriver (more commonly known as a cordless screwdriver) is basically a small, lightweight version of a cordless drill. Their power far outweighs their size, and they are great for simple and undemanding tasks.

As their name states, they are predominantly used for driving screws into wood and plastic, but can also be used for small drilling jobs.

Cordless screwdrivers feature many different components, and having a sound understanding of these plays an important part in the purchasing process. Knowledge of these parts also aids in the efficient and effective use of the tool. 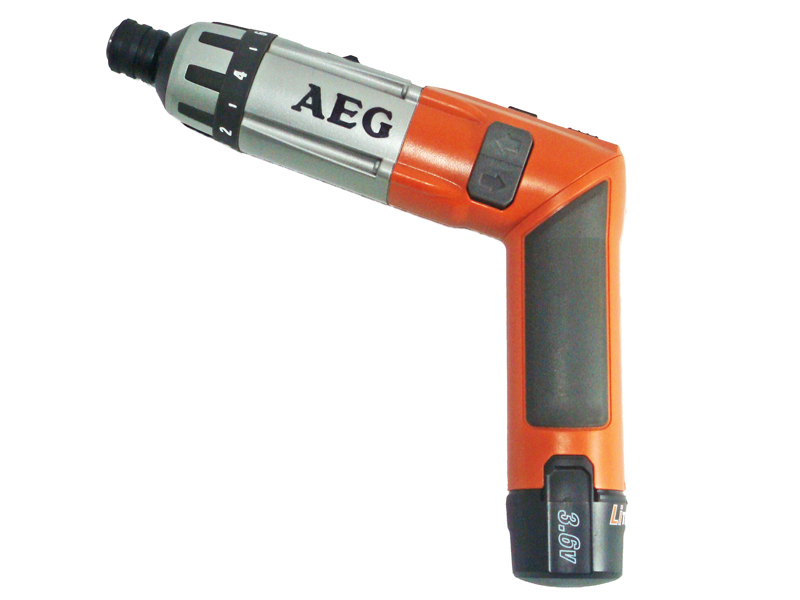 Power Source Of A Cordless Screwdriver 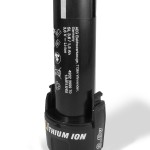 The power source is the component that provides the tool with electricity. On a cordless screwdriver, this is in the form of a rechargeable battery.

These tools can have batteries ranging in voltage from 3.6V to 10.8V, which enables them to remain very handy and lightweight, never exceeding a kilogram.

Some models (high quality models in particular) will come with two detachable batteries, allowing the user to have a charged back-up battery on hand. On some lower-end screwdrivers however, the battery may be integrated into the handle. This means that once the battery has been drained, it must be recharged before further work can be done.

Screwdrivers with two batteries will have stand-alone chargers, whereas those with one battery will commonly have a small charging cradle that the whole screwdriver rests in.

Some cordless screwdrivers also have battery indicators that show you how much fuel you have left in the battery’s tank.

The switch allows the electricity from the power source to flow through the tool. Most cordless screwdrivers have a trigger switch. When this trigger is pressed, the screwdriver will begin to operate at a set speed.

On some battery screwdrivers, the further the trigger is depressed the faster the tool will rotate. This is commonly known as a variable speed trigger. 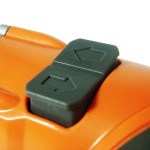 With a flick of this switch, the drilling direction changes to allow for forward and reverse motion (right and left motion respectively). This feature is found on all cordless screwdrivers, and can be very helpful if you need to remove screws, or if you need to release your drill bit after it has jammed in a hole.

It is sometimes integrated into the switch.

If flicked between forward and reverse in a neutral position, it also locks the switch to prevent accidental operation of the tool. 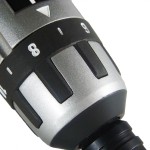 The clutch collar is very useful for repetitive screw driving, and allows screws to rest at a particular height. It is found on most screwdrivers, and is activated by simply selecting a number, known as a torque setting (usually a number between 1 and 10). The numbers act as a fraction of the maximum torque possible, and when the desired torque is reached the chuck ceases to rotate.

Not all battery screwdrivers will have this feature.

On cordless screwdrivers, the mode switch allows you to choose between screw driving and normal drilling. This switch is always integrated into the clutch collar.

Motor Of A Power Screwdrivers

Motors are the main component of all power tools, and are the component that converts the electricity into motion. The power that motors produce is measured in Watts (W). Motors used in cordless drills are called DC motors.

Some manufacturers state the output wattage that a cordless tool produces (UWO, or Unit Watts Out). This is an excellent way of comparing the power of different models. 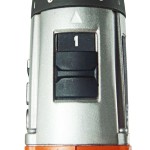 Also known as a gearbox, transmissions dictate the speed range (revolutions per minute, or rpm) that a battery screwdriver can operate at, and the corresponding torque (or turning force) that it can produce.

If the screwdriver has only one gear, speeds will not exceed 500rpm. This may seem quite a slow speed range, but this is sacrificed to keep the torque up and the weight down.

Depending on the model, they can have between 3 and 20 Newton-metres (Nm) of torque (turning force). Torque is a debatable value to base a decision upon, but most models are able to effectively drive screws up to 6mm in diameter. Using correct drill bits, some battery screwdrivers can bore holes up to 10mm in wood.

These maximum drill and screw sizes depend on the specific model of the screwdriver, and it is recommended that you consult these specifics before making a purchase. 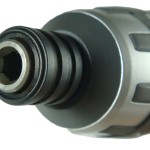 The chuck is the part of the tool that grips the accessories. The transmission powers the drive shaft and on the end of this shaft is the chuck. All battery screwdrivers have a ¼” (6.35mm) hex drive chuck.

¼” hex drive chucks are used on specialist screw driving tools. Accessories are locked in place by pulling or pushing the collar down (depending on the model), inserting the bit, and then releasing the collar. 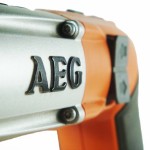 The housing is the casing that protects the internal components.

Cordless screwdrivers will have either a clamshell housing, or a jampot housing.

A clamshell housing is where the housing is manufactured in two plastic halves, and where these halves are fixed together around the internal components.

A jampot housing is where the internal components of the screwdriver are inserted into the housing and then a lid (usually an alloy casing) is screwed down to seal it. This durable style of housing is generally used on high quality power tools, and is much more effective at keeping the internal components aligned and the power tool structurally sound.

Some battery screwdrivers also have an LED light at the front of their housing that light up the material upon operation of the tool. 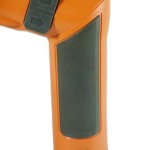 The handle is the component of the drill that you hold with your dominant hand and is what you use to apply pressure to the screwdriver.

On cordless screwdrivers, the handle is called a pistol-grip handle, and is commonly covered by rubber for user-comfort.

On some cordless screwdrivers, the handle can moved to change between angled and in-line positions.

Due to a cordless screwdriver’s ¼” (6.35mm) chuck, they can only take accessories with a ¼” hex shank. These accessories include screwdriver bits and modified high speed steel (HSS) drill bits.

What Cordless Screwdriver To Buy

When purchasing a battery screwdriver, you can’t really go too far wrong. From the features listed above, decide what features are most important to you and make sure these are included in your final purchase. The main considerations you should make include how much power you require, the size and weight of the tool, and how often you will be using it.

A cordless screwdriver is all about convenience and versatility, and therefore lightweight models with Li-ion batteriesare highly recommended.

Manufacturers will either direct their products at the home or trade market. Home use tools generally include plenty of features for a very modest price. They also tend to have very generous warranty periods, including replacement warranties. Trade use tools are built for durability, performance, and reliability. Their warranty periods tend to be much shorter than DIY tools, and are exclusively repair warranties. The main advantage of these tools is that they should well outlive their warranty period, and if they require repair and maintenance spare parts are readily available.

The price of any tool will depend on the quality, capabilities, and features of the model. Bear in mind that at least one of these three elements is commonly sacrificed by manufacturers to reduce the tool’s price and increase its sales. After all, price is the most important factor for consumers.

Cordless screwdrivers can cost anywhere from $20 to $200.

It is important to bear in mind that the entire cost of any power tool is not just it’s initial purchase cost. Added costs can include accessories for the tool to function, maintenance, downtime, and replacement costs. Buying according to your requirements will help to keep these costs to a minimum.

To browse manufacturers of cordless screwdrivers, please select a company from our list of power tool manufacturers.

The following tips will help to preserve the life of your cordless screwdriver, increase your efficiency, and most importantly, keep you safe. 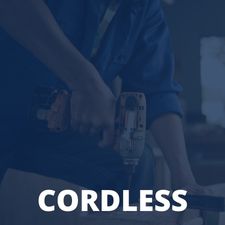 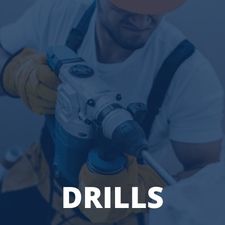 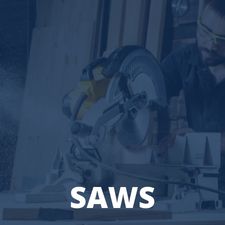 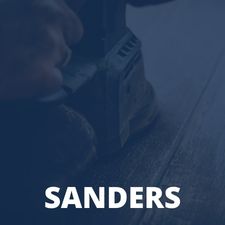 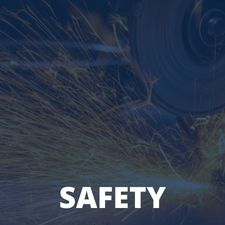